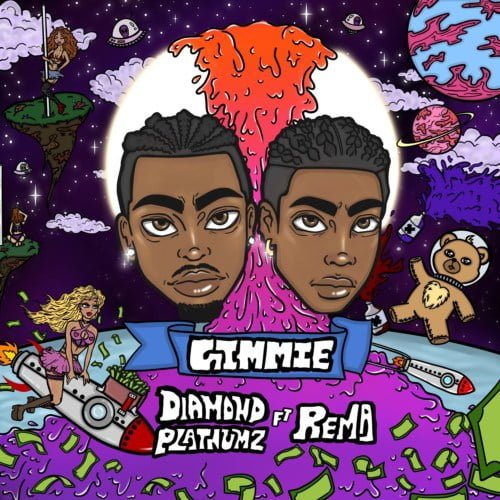 SIMBA is back with a new tune titled “Gimmie” featuring Rema, Diamond Platnumz release this song as a follow up single to his previous; ‘Naanzaje‘ and ‘IYO‘ which features Focalistic, Mapara A Jazz & Natosh Gazi.

Diamond is considered influential among his fans, and is said to be the most loved and decorated East and Central African artist at the moment. He is believed to be the highest selling Tanzanian artist as well as being among the artists earning the highest income in the African Great Lakes region’s music industry.

Today October 15, 2021, Wasafi drops his joint record with one of Africa’s fastest rising Afro-fusion artist, Rema. The song is titled “GIMME“, As produced by Lizer Classic, Listen and Enjoy below