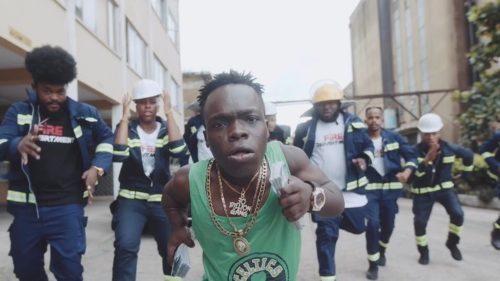 Rudeboy premieres the official music video for his last release “Audio Money”.
Rudeboy aka KingRudy releases another potential hit song tag “Audio Money” straight from the fire department. This is a follow up to the huge success of his last single ‘Reason With Me‘.

On this record Rudeboy didn’t come to shake some table but to break them, it talks about the fake life people live on Instagram and social media. He says ‘Everyone is Rich and Successful on Instagram… living fake life with cheat data’.

The video directed by Jude Engees and Clarence Peters, features Ghana’s Richest Man on social media, ‘Shatta Bandle‘, Rudeboy from the Fire department comes to quench his fire on kill his Audio Money. On the second verse he talks about Blessing, the lady who posted Onye Eze’s house as hers on IG, displays it and water down her fake life also.

Watch and Enjoy the video below