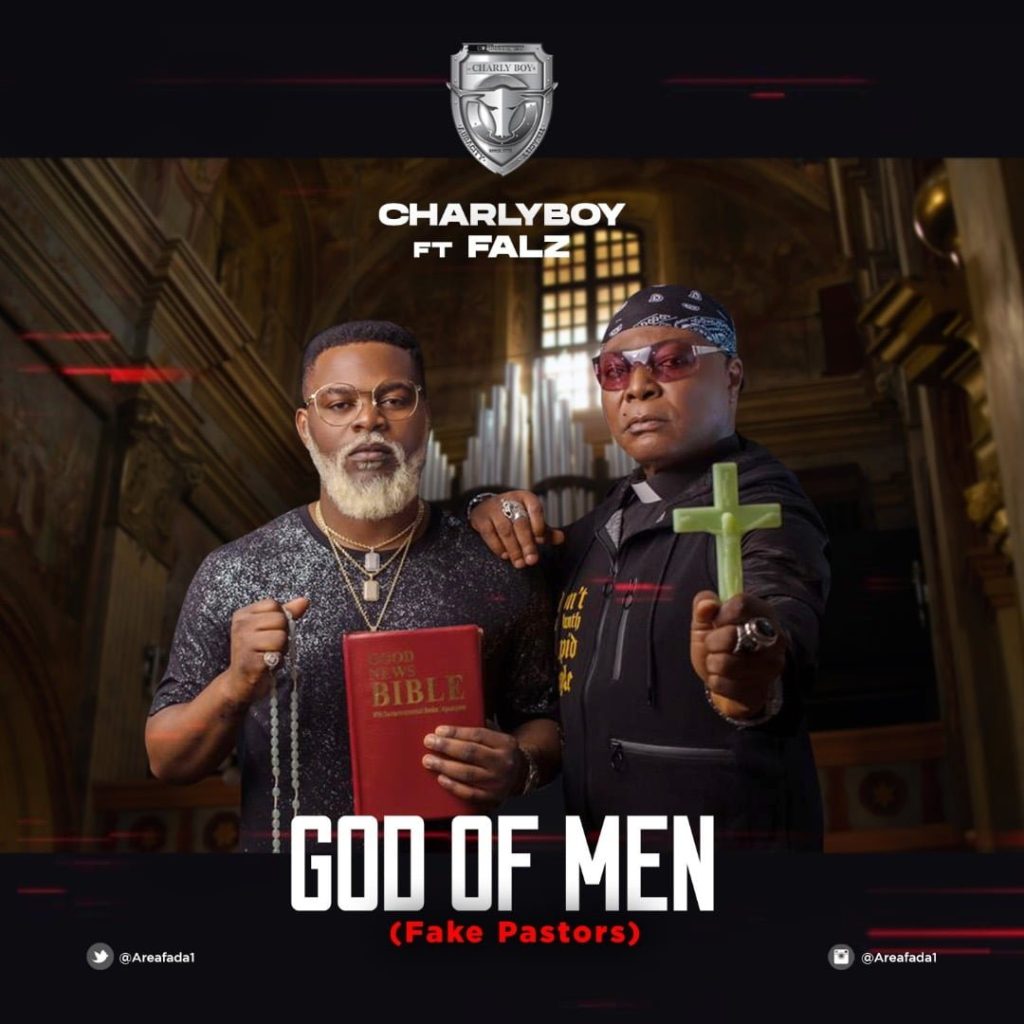 The enigma! Charly Boy A.k.a Areafada is finally back into music scene with a very strong conscious music featuring falz the bad guy. Charly Boy took abreak from Music as it were, but the King is back!!!
playing conscious music like never before. CharlyBoy’s released his first album in 1982 which he later attain greater successwith the release of his masterpiece Nwata Miss in 1985 with Polygram Nigeria. However,his most popular album was called 1990, the title was a reference to the Nigeria’s corrupt military government which was expected to hand over power to civilians in that year. This maverick entertainer is back big time!! And thistime he is doing it in a bigger and afrobeat way. The song GOD OF MEN (Fake Pastors) which Featured Falz The bad Guy was produced by Acesoundz and Video Directed by Unlimited LA is finally out. Please do watch, listen and enjoy.