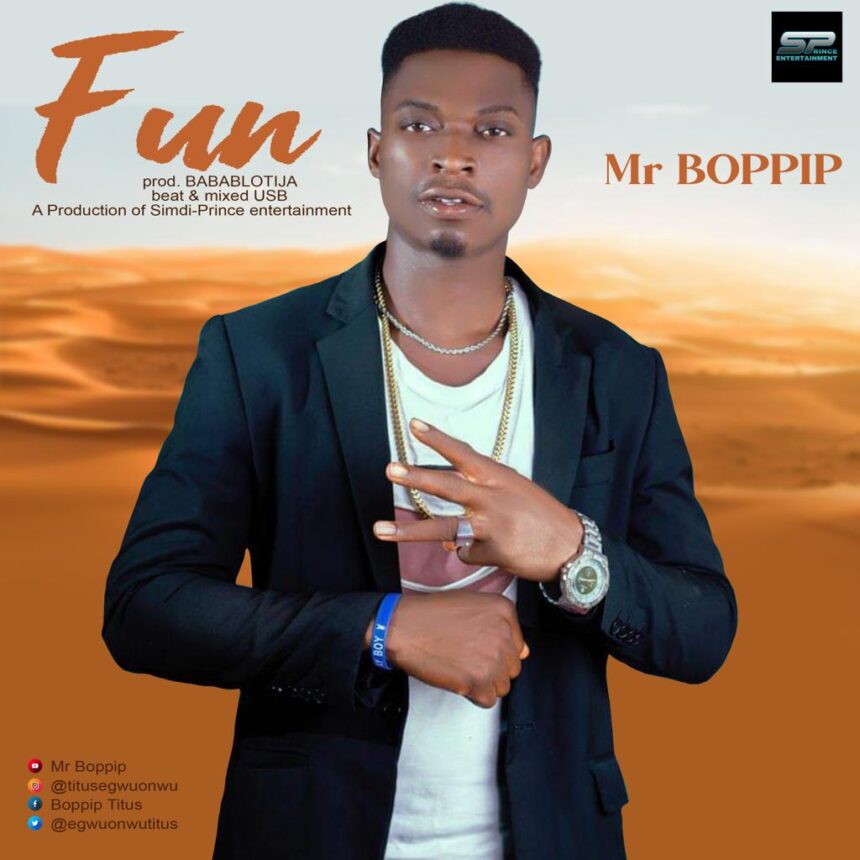 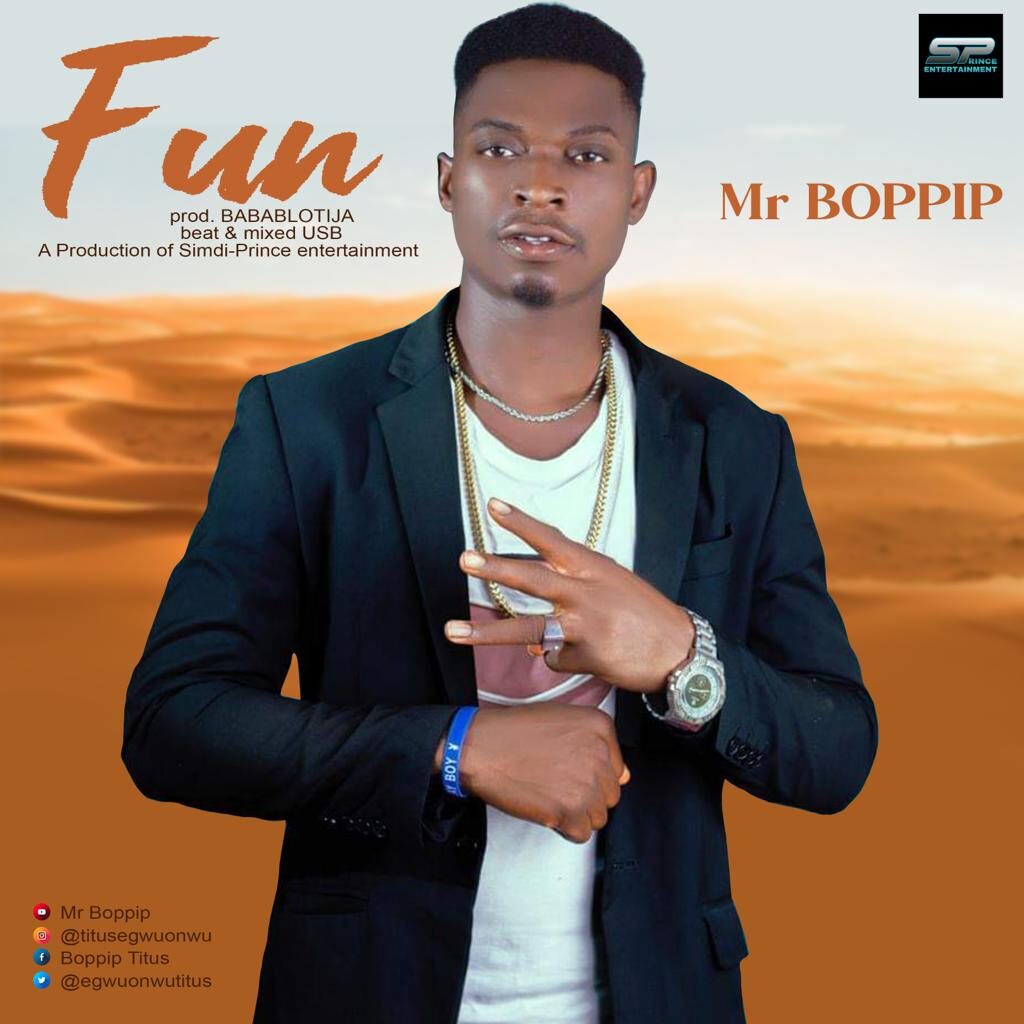 Titus Egwuonwu popularly known as MR Boppip , is a Nigerian singer song writter from Mmafu Oduma in Aninri local govt area Enugu State, he also is breakdancer, Afro hip-hop/hiplife artist , after the success of his first album, which was recorded at willy studio in the year 2011, he has gone far in his career. Have met and worked with the likes of Baba lotija, J Martins, Dekumzy , wizboy , Domtom etc. due to funding and other issues he had to pause music for some while,then came back again in 2021 with 2 wonderful tracks titled, “I don blow & so fine” after the success of those 2 songs, he recently just released both audio and Video of his latest song titled-fun,
This song was arranged and produced by Baba Lotija for Simdi-Prince Entertainment, it was mixed and mastered by USB. Download and Enjoy
Music: MR Boppip – Fun 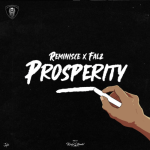 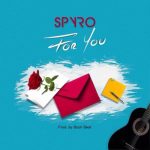 #Nigeria: Music: Spyro – For You (Prod By Bash Beats) 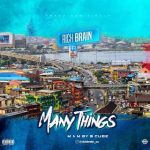 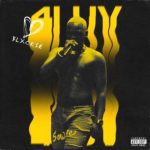 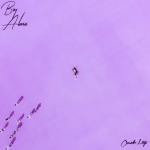 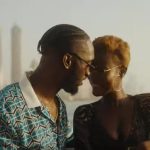 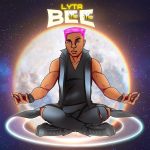 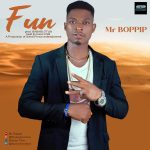 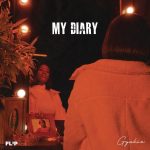 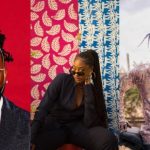 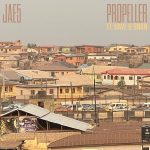 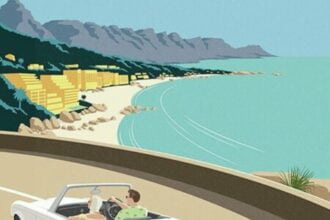