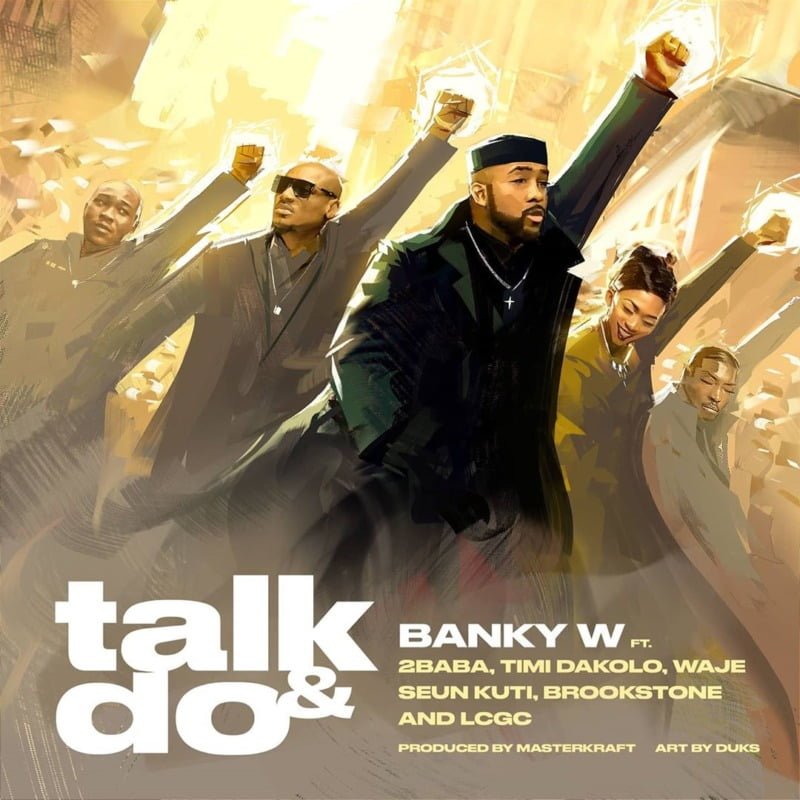 Banky W returns to the music scene with “Talk and Do” featuring 2Baba, Timi Dakolo, Waje, Seun Kuti, Brookstone & LCGC.
Talented Musician/Filmmaker/Speaker/Politician/Businessman/Minister/Philanthropist, Banky W after a long while off recording releases a brand new song titled “Talk And Do“. He teamed up with Living Music Icon, 2Baba, powerful female vocalist, Waje, powerful singer Timi Dakolo, Brookstone and Gospel Choir, LCGC to deliver this thoughtful track. The masterpiece produced by Masterkraft is a Call To Action song. Banky W continues to lead his voice for a Better Nigeria!

“For those who have been waiting on new music… I got together with @official2baba, @timidakolo, @officialwaje, @bigbirdkuti, @masterkraft_, @mybrookstone & @lagoscommunitygospelchoir to make an amazing song called “Talk and Do”. We were originally keeping it for the album dropping in early 2021, but the message is so necessary right now, I think we should premiere it…” – Banky Wellington.

Just “talking” about our problems is not enough – we’ve got to try and do something about them. That’s what “Talk and Do” is all about… combining actions with our words, to try and be a part of the change we’d like to see in the world. If you’re already doing something… anything… to be a part of the solution, then hopefully this can be your soundtrack. And if you’re not… then hopefully this can be your inspiration