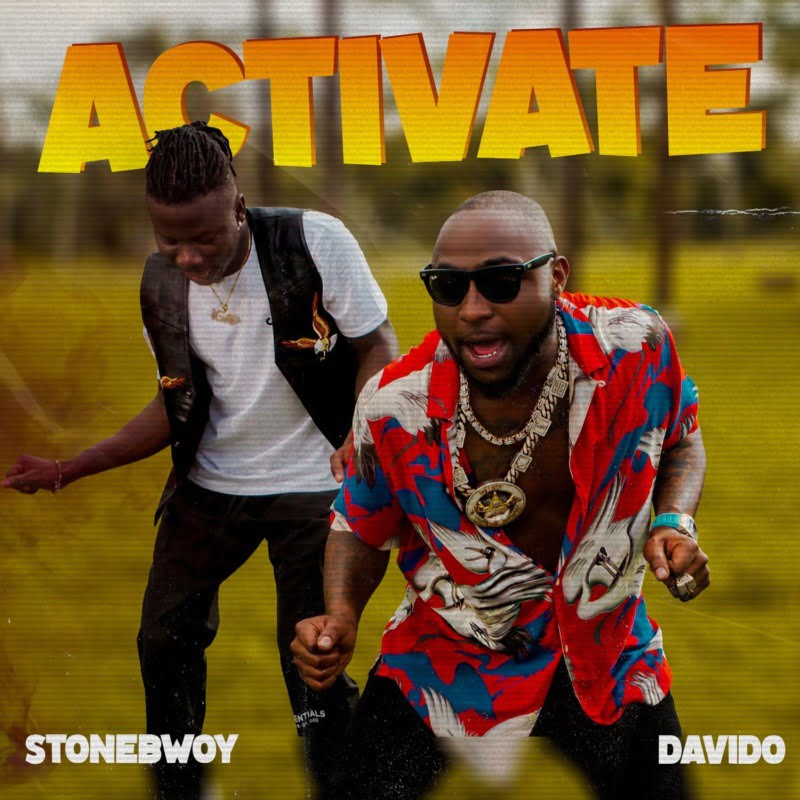 Finally, Stonebwoy 1GAD releases his anticipated joint with Davido – “Activate”.
The King of Afro-Dancehall, Stonebwoy teams up with African pop-star, Davido for a new banger titled “Activate“. This an African tune produced by Mix Master Garzy, What a perfect way to wrap up 2020 BHIM!!!.

Stonebwoy, born Livingstone Etse Satekla is a 45-time award-winning Ghanaian Afro-pop, dancehall, and reggae artiste as well as a Grammy Nominee who hails from the Volta Region. Born on March 5, 1988 in Ashaiman, a suburb of Accra.

Stonebwoy Burniton is a Ghanaian based musical artist specializing in Dancehall, Reggae, Afrobeats, Soca but has featured on Afropop, R&B, and Hip-Life tracks. On a global scale, Stonebwoy can be classified under ‘World Music’ and ‘Afrobeats’. He is a talented songwriter, singer, performer, poet and has been known to perform as an actor (something he is training to further). He initially started of by working with S24 Studios, Samini Music, High-Grade Family, and Asasease Music. He is currently not signed up to a Record Label; his musical affairs are being managed by his own BURNITON MUSIC GROUP (BMG) (Ghana and UK). 2012 saw him nominate for a GMA in the category of Best Reggae song for his debut single ‘Climax’ which is getting airplay across the globe especially Jamaica and USA.

Watch and Enjoy the song music video below, Directed by Yaw Skyface.